We saw the news about the Deepwater Horizon Oil Spill, and all the oil covered animals and the oil coming ashore to where people lived. We wanted to help. Gabby drew pictures and sold them to friends and family to donate the money to the cleanup efforts. Garrett tried to help sell them. Then Gabby’s class in school was doing a fundraiser for Ronald McDonald House charities — they help house and feed families of sick kids who are in the hospital for a long time. Garrett loved playing in chess tournaments, and he knew chess players would jump at the chance to donate their tournament fees to a good cause.

The two of us were having an at home brother-sister sleepover one night (with sleeping bags in the same room), and we came up with the idea together to have a chess tournament to raise money for Ronald McDonald House Charities.

We held our first event in 2011. We told everyone at school to ask their parents to let them play. We told our soccer teams. We told everyone we knew. It was a huge success! More people than we ever expected showed up! The local news came! We got to tour the local Ronald McDonald House, and someone from the charity came to speak at our tournament about what they do. We had set a goal of raising $1,000 and ended up raising more than double our goal! More importantly, everyone had a great time.

We were just planning on doing one tournament. But it was so much fun! And everyone was asking when we’d do it again.

Then Hurricane Sandy happened. We immediately knew we had to do it again, this time to raise money for Hurricane Sandy Relief. We partnered with the Red Cross, and even got to tour their disaster relief headquarters! This time we got the idea to add corporate sponsors. We went door-to-door to local shops and restaurants to ask for donations. It was scary at first – we were pretty young then – but we got better and better the more we tried. We learned what worked and what didn’t. We had our second event in 2013 and ended up raising twice as much this time!

Then we learned that one of Garrett’s good friends had heart surgery as an infant, made possible by the Children’s Miracle Network Hospitals (CMNH). So for our third event, in 2014, we held a Chess 4 Charity event to raise money for CMNH. Another friend of Garrett’s was and is a spokesperson for the Childhood Brain Tumor Foundation, so we also did an event for them.

We were pretty young for our first couple events, so our parents helped us a bit at first. But we began taking more and more ownership and control, and started to run Chess 4 Charity as our own many years ago.

We started to experiment with lots of different ideas. Some ideas flopped (we tried selling Chess 4 Charity T-Shirts). But we also came up with many other ideas that worked out well, many of which we still use today, including charity raffles and auctions, a snack bar, restaurant fundraisers, special guest speakers (Women’s Chess Champions Sabina Foiser and Jenifer Yu spoke at our events), “simuls” (one chess master plays several chess players simultaneously), an “Ask the Expert” station to get free coaching tips, and others. We even tried to “franchise” and hold Chess 4 Charity branded events in other cities by teaching kids in other cities how to do what we do! We ended up having one event in New York City and one in San Antonio, Texas, so far!

The events are fun, but a lot of work. For each event: We need to find a place to hold it – preferably somewhere willing to donate the space for free (did you know, public schools have to charge so they can pay their staff). We need a certified Tournament Director. We need lots of sponsors and donors. Of course we need marketing and publicity, so people will show up (hooray for social media!). We use social media to solicit donations and auction items, which enables us to reach an international chess audience. We’ve gotten donations from as far away as Israel and Europe. We want to get food donated for our snack bar so we can sell it to raise more money. We need lots of volunteers to help us set up, run the event, and clean up. A lot goes into each event behind the scenes, but it’s worth it!

Now we hold our events basically semi-annually (and virtual events and online auctions during COVID).

We have now raised over $75,000 for a wide variety of different charities focused on helping children!

Gabby Heller is a second year student at the University of Virginia, studying pre-med & neuroscience. She enjoys the time she spends giving back to the community and making it a better place. Besides Chess4Charity, she also loves art (see her portfolio on ArtPal), and is involved with Project Sunshine and 180 Degrees Consulting at UVA.

Garrett Heller is a senior in high school at Thomas Jefferson High School for Science and Technology. He loves math and physics (he even does math tournaments just for fun!). And of course, you already know he loves chess! He’s currently working on a math research project through MIT PRIMES USA. He’s Co-Captain of the (National Champion) TJ Chess Team, and Captain of the Nationally Renowned TJ Varsity Math Team (VMT). He tutors chess and math. He has been playing in chess tournaments since he was in first grade. He’s played in over 140 tournaments so far and is now rated as a Candidate Master (CM), with a USCF rating of 2128, putting him in the 96th percentile of all US chess players, and the 98th percentile for players under 20 years old. He was recently ranked #2 in the State of Virginia and #35 in the USA for his age group. 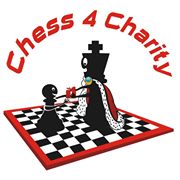 Online Events
YOU pick a cause, and we'll run an online fundraiser with you! Fill out our below form to get started.